A few years ago I was at a dinner party at a cabin on Vancouver Island. The host, and my good friend, Dalton, told a story. He told us a story about riding his bike home on a tar black night on Vancouver Island. As the story goes, it was too dark to see the very road that he rode on. So he made clicking noises and listened for the rebounding noise in order to navigate safely on the road.

As I am apt to do in these moments, I called bullshit.

And then, with the help of the patient and curious party attendees, I organized an experiment.

We blindfolded Dalton and made him stand in the centre of a circle of human bodies (ours). Crucially, we left a gap in our circle, the width of one human body. We then made Dalton turn in a circle a few times, and asked him to identify where the gap was through echolocation. At first, we had a hard time not laughing while we watched him turn and click. So we botched the first few experiments by being too noisy and by revealing our relative positions.

But we finally got quiet.

The first time that Dalton pointed directly to the open spot, I thought “good guess.” And then, I thought, “can you repeat that?” And then I thought, “we need more tests.” And test we did. We did it again. We moved the hole around. We took our experiment outside. We tried doing it ourselves to see if the blindfold was working. 1 No one else could do it. But Dalton was right every single time.

When I think about it now, it’s less startling. But at the time I was amazed. Dalton, it turns out, has a great ear. He is, after all, a musician. But anyone can echolocate at home by doing this simple experiment.

Blindfold yourself, preferably in a dark unlit room, and ask your friend to hold a text book in front of your face – or not. Try it about a foot away. Your job is simply to make sounds and guess whether the text book is raised in front of your face, or not. Keep track of your record of successes. Most people can do simple echolocation. Kinda neat though.

Anyway, some people are very good at echolocation. And, apparently, anyone can learn. But there’s a dark side. 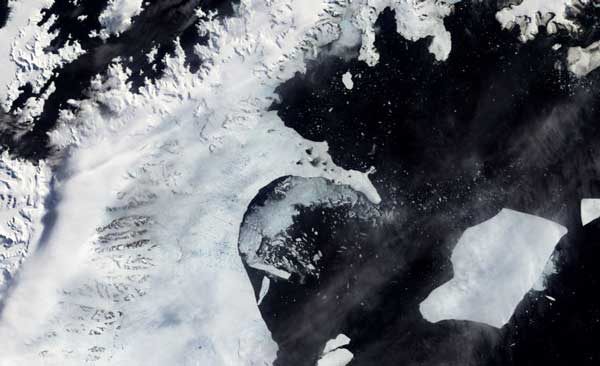 I’ve been a big fan of Skeptic Magazine for many years. And I am a big fan of science. My thesis was about, in part, science and the philosophy of science. I have some science training and I have some understanding for the way various institutions of science operate.1 I say all of this because…

I’m happy to report that the state of hyperlinking in news in Canada appears to be improving. It’s a tentative claim…

Here’s a fun thing that you can try at home. It’s a simple form of media analysis. The result of this particular analysis leads me to think bad thoughts about Canwest. But that’s just me. Here’s what I did. First I went to the Calgary Herald website. But you can pick any online media outlet…

Okay. I’ve been very critical of journalists and newspapers that are getting it wrong on climate change: here and here and here. But you should know that I have moments of being more, well, sympathetic with the modern journalist. I also believe that healthy journalistic institutions are essential for a healthy democracy. But our democracy…

This is my third exploration of racism in the writings of Andrew Coyne, while writing for Postmedia News. Today’s argument will focus on the discourse of denial…