Okay I get that some folks think that everything is connected to everything. Some moments I think that too. But that flattens the universe. And mostly hippies think that. Go deeper. Some connections matter more than others. Even people that believe in astrology believe that our connection to stars is more important than our connection to someone else’s bowel movement. Apparently stars are more romantic than other people’s stool. I digress.

Water is a big deal. You got to keep that stuff inside of you or die. Maybe I’m just weak, but if I go, like, one afternoon without water, I get dopey. And the water that I have access to is, well, beautiful. Yeah public water!

But here’s the deal. Not everyone has access to clean water. Nine years ago I did some research on dehydration while in an ethics course at UVic. Then, three million children died1 every year from lack of clean drinking water. These deaths are all preventable. Peter Singer says to stop drinking booze and give the money and resources to people that are trying to stop this daily tragedy. Now I don’t know whether things have improved since 2001 – heck, things might have gotten worse. Partly I can’t fathom the scale of these numbers. Did ten million people die this year from bad water? Four million children? One million women? Fifty thousand? How do you compare the numbers? When I think about my grandpa dying, I get sad. And he’s old. And he’s one. One.

The point is that good water is essential for life, and not every person has it.

My next point is that this state of affairs has happened in a context. We are here, because yesterday we were there, and because last year we were over there, and a hundred years ago we were over over there and etc. We didn’t just wake up here. Stuff has happened. History isn’t some kind of abstract thing that happened and then was over and now we’re here. Like if I chose not to buy milk yesterday, and we don’t have milk in the house today, there’s a reason. And if someone came in my house yesterday and stole the milk, and I wake up this morning and there’s no fucking milk, there’s a reason. I’m getting angry because the vast majority of folks in our white, middle class, christian, male-centred, hetero-normative culture don’t really acknowledge the context of colonialism that we find ourselves in. And by “find ourselves in”, I mean colonization is still happening. Colonization and racism. Has. Not. Stopped.

In terms of water in Canada, many First Nations communities are still not well served.

That’s why it’s mostly folks who aren’t white that are dieing from lack of clean water. That’s why I’m super glad that the UN and the international community have finally recognized that clean water is a basic human right. Stephen Harper and his white Christian Conservatives tried to stop water from being recognized as a right in 2008. But in 2010, water was finally recognized as a basic human right. Rights can seem empty, of course, if they don’t come with responsibilities and actionable-action-actions.

And here’s the thing that is complicated about the widget that I’m about to post on my blog for Blog Action Day. There’s a face of a small brown child on the widget. This is fitting because it’s brown folks who suffer disproportionately from our colonial contexts. And it’s mostly brown folks who suffer from lack of clean water. And it’s strategic because children are cuter than adults. But it can also play in to some messed up assumptions that white folks have about “third world” countries or “cultures of poverty” or some other ill-framed conceptual frameworks. I can’t unravel the paradoxes of international development, colonization, the various genocides that have occurred on Canadian soil, or the communications industry here. It’s too much.

But I re-commit to trying to do that more in my daily life.

Because it affects me too. I’m white, but I still need water.

Ever try to communicate your URL over the phone? On the radio? Sometimes this kind of translation can be very tricky. I’m not sure why exactly, but this sort of thing can make me think about faxing phone numbers or sending dates by morse code. We have codes for codes for codes. The codes below… 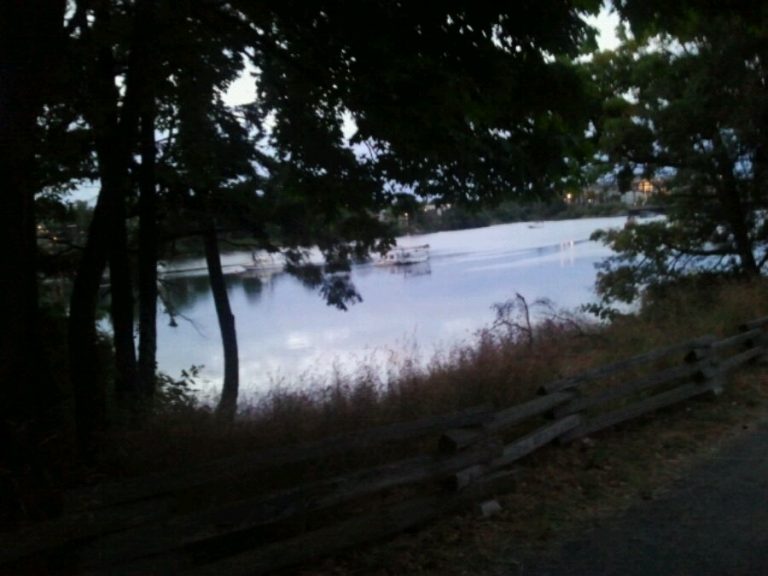 These always make me laugh. XKCD

Math was probably the class that I most often got to use Greek letters in. Well, maybe physics. We used Delta as a symbol for change. We used pPi to express the relationship of the radius of a circle to it’s circumference (or area). And we used Sigma to express a sum. I think. And…